India will become the world's youngest country by 2020, when an average of 29. 64 % of India's population will be in the working age group as India will comprise of 60% of the millennial population.

Looks all great on paper and many of the leaders have predicted that this phase will be extremely empowering for India, but studies and research shows something different.

Millennials got so many participation trophies growing up that a recent study showed that 40% believe they should be promoted every two years, regardless of performance. According to a 2007 survey; four times as many would pick the assistant job over CEO of a major corporation. They're so convinced of their own greatness that the National Study of Youth and Religion found the guiding morality of 60% of millennials will be their instinct.

Clearly with this ‘me me me’, ‘self-entitled’ & ‘lower self-esteem’ generation it is extremely difficult to formulate and sustain an organisational culture, but it’s the responsibility of the organisation, and there are no two ways about it. I know millennials who want to solve important societal issues and have brilliant ideas for it e.g. there is an IT firm guy who wants to solve the problem of people in their late adulthood, a girl from advertising who wants to solve the impending garbage issue with the help of recycling technology. But the sense of urgency and let’s do it now attitude is missing and it’s the fault of the basic misguided value system.

At the core of the culture lies its values and goals, aligning it to the millennials who have self-centred value system and working towards it in a format is the culture. There are many models which provide access and aids in organisational culture, such as Schein Culture model, Deal and Kennedy’s culture model, Cameron and Quinn culture model. However, the only model which can help us solve the crux of the problem lies at the base, which is the four quadrant of life.

The four quadrant of life requires one to focus on 4 major aspects of their lives.

If these four quadrants are balanced, then employees will be more fruitful in all aspects of their life. It’s time to decide if you want to make a company where people find happiness, or you want to make a place where you give people an opportunity be a part of something really meaningful?

To Know More About the Organisational Culture.

Drop us a message.

Source:
1. Time US, Millennials: The Me Me Me Generation, May 20, 2013.
Link: http://time.com/247/millennials-the-me-me-me-generation/
2. People Matters: What's different about the Indian millennial?, April 16,2016
Links: https://www.peoplematters.in/article/strategic-hr/whats-different-about-the-indian-millennial-13231??utm_source=peoplematters&utm_medium=interstitial&utm_campaign=learnings-of-the-day&utm_source=peoplematters&utm_medium=interstitial&utm_campaign=learnings-of-the-day
3. PC:Photo by Hermes Rivera on Unsplash 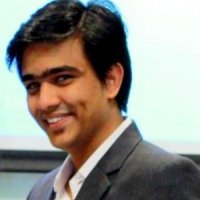 Viraj is a young and energetic B school graduate from the UK with specialisation in marketing. Over the last three years, he has been working at Creative Factor as Client Advisor. He is an avid scholar. He has been striving to bring care and support for the elderly and to rework the cultural aspect of our society towards elderly. Reach out to him at viraj@creativefactor.in