The unit started facing some problems with the shifting of its control to SMECC, a centralised processing center, located in the Zonal Office.

This was done as per Bank’s policy. But, the account was maintained by the Branch. The role of SMECC inter alia was to calculate the Drawing Power (DP) on the basis of stock statements submitted by the unit (DP is calculated on the basis of value of stock including receivables lesser than the margin stipulated by the Bank which can be equal to or less than the limit sanctioned by the Bank). The Branch can allow withdrawal up to the extent of DP but is not authorised to exceed that. However, before the creation of SMECC, the Branch used to allow overdrawing to the unit to tide over the situation created due to liquidity mismatch.

In one such occasion under prevailing circumstances, the borrower went to the Branch with a request to allow overdrawing to an extent of Rs. 1,00,000/- for 15 days to help him pay the power bill. The AGM of the Branch expressed his helplessness and told him to go to SMECC.

The borrower immediately rushed thereto and was told that he should not come to them for any such accommodation. The borrower was at a loss as delay in paying bill could lead to disconnection of the power supply and his unit would come to a halt. As he was a local man, he knew a few of our staff members and he went to one of them who was in the Zonal Office. It was he who suggested him to meet me.

Incidentally, I, all through my life follow an open door policy i.e., I meet everybody who comes to me. I heard his ordeal patiently and asked to go to the Branch. Meanwhile, I told the AGM to allow him an overdrawing of INR 1,00,000/- and seek post facto approval from me. I also told him to meet me at around 6.00 p.m. in the evening. I told the AGM of SMECC to come at the same time to find out a permanent solution to such issues which might emerge in future.

They came in the evening and I told them about the procedure to be followed in the eventuality of the borrower(s) approaching the Branch for temporary accommodation arising out of liquidity mismatch. In the process, I could save a large number of SME units financed by us. 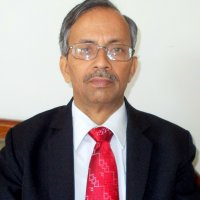 Pulak Kumar Sinha is a retd. General Manager at State Bank of India. He is a Certified Associate of Indian Institute of Bankers and has a P.G. Diploma in Management from All India Management Association (AIMA). His specialised areas are Credit and General Banking. He was also a Chairperson of Reserve Bank of India Working Group on Evaluation of Feasibility of Aadhaar based Biometric Authentication as Additional factor of Authentication for card related transactions and other issues.

Do The Millennial Leaders Have What It Takes To Be Tomorrow’s Great CEOs?