Have You Made The Mandatory Disclosure Of This Act?

To get a more permanent solution, Minister for Women and Child Development, Maneka Gandhi, has had a long-standing demand from the Government which is to amend the Companies (Accounts) Rules, 2014, governed by the Companies Act 2013, to incorporate a law against sexual harassment in the workplace.

As reported by The Hindu, on 14th August 2018, ‘In order to ensure better implementation of the law against sexual harassment at workplace, the Centre has made it mandatory for companies to disclose whether they have constituted an internal complaints committee (ICC) to probe such allegations.’

Why this is important for SMBs

The Sexual Harassment of Women at Workplace (Prevention, Prohibition and Redressal) Act, 2013 is a legislative act in India that seeks to protect women from sexual harassment at their workplace. However, the International Labour Organisation reported a highly abysmal citing; it stated that very few Indian Employers were compliant to this statute. Although the law requires every organisation with more than 10 employees to implement the law, many employers chose to turn a blind eye towards it. Thus, According to the amendment made by the Ministry of Corporate Affairs, all companies will have to provide “a statement that the Company has complied with provisions relating to the constitution of Internal Complaints Committee under the Sexual Harassment of Women at Workplace (Prevention, Prohibition and Redressal) Act, 2013.” Companies are required to implement this in their workplace and mandate the disclosure. Any employer that does not comply with the same could face a fine of up to Rs. 50,000. The ICC must also constitute of a presiding officer, who is a woman employee at a senior level working within the same organisation, and at least two employees who are “preferably committed to the cause of women,” and a member who either belongs to an NGO or is “familiar with issues relating to sexual harassment.”

Maneka Gandhi affirms that this would be “a major step towards making the workplace safe for women.” As per the news report by Hindu, she also added that she will be requesting the regulator of Security Exchange Board of India (SEBI) to incorporate the disclosure in the report on corporate governance of various companies, so that there is a higher responsibility on the Directors of these Companies to implement the Act. 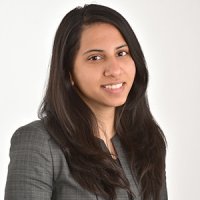 The idea of writing creative copy that persuades is what introduced Smitha to the world of writing. At CEO BottomLine, she is a correspondent, brand publisher and content curator.

Culturally Misfit employees – Do They Deserve To Stay?

Driving Productivity At Work In The Age Of Millennials