“SMEs Need To Be Proactive In Predicting The Industry Trends,” Says AIEMA President

In this edition of Business Beyond 2020 we got the opportunity to interact with Mr. A.N Sujeesh, the President of AIEMA, to understand how the organisations in Ambattur are gearing up to manage their business in and beyond 2020. Business Beyond 2020 is a series conducted by CEO BottomLine to understand the thought process of the existing MSME and SME leaders and new entrants on how they will manage their business beyond 2020.

Predicting gaps in the Indian manufacturing sector, especially in the automotive industry

“We all need to be proactive in predicting the industry trends. Currently, India produces almost 25 per cent of all automotive parts which are made in the world. We are a big player in the automotive industry but the paradigm shift which is happening with EVs worldwide, the EVs have not been given the push which they should have been given. After NITI Aayog’s advice, the Indian government has put in serious policies which only talks about the EV and not on how to achieve it. There’s no particular roadmap or pathway decided for that. So, the government should help us in setting up a Research Center so that we can catch-up with the huge existing gap. China is way ahead of us in all the required technologies for EVs like battery, motor, and the others.

India has got immense potential in meeting the EV requirement because we have the youngest and most educated labour force, that said, our productivity is hardly 60 per cent of the required productivity, whereas China is meeting almost 90 per cent of the productivity needed and that is a huge area of concern, not only in automotive, but across all segments of manufacturing in India, even in textiles, the productivity of Indians are very low, says Mr. Sujeesh.

According to Mr. Sujeesh, “we need to have a proper scientific approach towards production which is currently not happening. There are a lot of internal issues which are leading to the lack of productivity, one of them is skill gap and not many companies are capable of taking that kind of an initiative. The bigger companies do have their training and skill development centers but that is done exclusively for their internal team members and it is not open for the people from the SME segment. The government is putting a lot of stress on skill development but a lot of private players don’t really understand what is to be done.

In AIEMA, we have a skill development center, where we train our people for sales and other such processes. We are also going to set-up another training center very soon in which there’s a lot of participation by the unit holders; it will be managed by the unit holders and overseen by the government bodies. There’s one more skill development program that we are working on, it is called the Deen Dayal Upadhyaya Grameen Kaushalya Yojana, which has got a huge spread and our application is in process because of the stringent requirements. So, we hope that we will be able to meet the skilling requirement but there is a lot of mindset change required both at the entrepreneur or employer and employee stage.”

Predicting the future of SMEs, especially the manufacturing sector

“There are a lot of emerging fields like Defence, and the Tamil Nadu government is now setting up a Defence corridor. They are also very serious about the scope and have identified five modes for manufacturing Defence equipment in Tamil Nadu. In the next five years the market is going to be USD 200 Million in defence procurement, locally, but the SME share in that is not even 2 per cent, whereas the SME segment can procure a share of up to 25 per cent approximately. So, it’s a huge opportunity, but it needs a totally different kind of mindset.

But when it comes to defence and related equipment, one thing is, it has very low volume items and second thing is there’s almost 90 per cent of systems adherence and only 10 per cent is manufacturing. So, you need a focused effort and a separate team working on it to make the most out of the opportunity. While the risks are high, the profits are also really good.

Another potential we see under aerospace is from about 200 aircrafts in 2014 we have grown to around 600 aircrafts at the moment flying within India which is likely to increase to 2,000 aircrafts in another 4-5 years. The overhauling and maintenance of these aircrafts have to be done within the country. So, there’s a huge scope of manufacturing there, shares Mr. Sujeesh.

An advice to the SME entrepreneurs

The kind of ongoing shift is unimaginable, and the way they are coming and hitting us is really fast. You don’t even have the time to notice something happening, while it would have already hit you. Hence, come what may, we have to adapt to the change without having a choice. 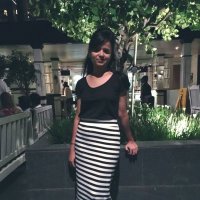 Pallavi is a seasoned brand content publisher.For the last five years, she has been working with brands, developing their publishable content for their business ecosystem. At CF+, she is an articulator. She and her team are actively building brand communities. A journalist at heart believes the words have the power to change the world.

Do The Millennial Leaders Have What It Takes To Be Tomorrow’s Great CEOs?

Does Chemical Industry Only Contribute To A Catastrophe? Let’s Know More...

Driving Productivity At Work In The Age Of Millennials

Culturally Misfit employees – Do They Deserve To Stay?